Sara Basta was born in Rome in 1979. She lives and works in Rome.
Her works are realized as a result of collective projects, developed through workshops with groups of people who for a set period confront each other around a shared theme.
She collaborates with the Academy of Fine Arts in Rome, where she teaches History and Models for Art Therapy, and has carried out several workshops.
In 2012 with the project Lingua Mamma, developed with the artist Mariana Ferratto and the kids of the primary school Carlo Pisacane of Rome, she won the "Art, Heritage, Human Rights" prize, curated by Connecting Cultures, and ISMU Foundation. The project was presented in "Milano e Oltre" at the Triennale of Milan, MAXXI B.A.S.E. of Rome and The Gallery Apart of Rome.
In 2019 she is among the thirty artists selected for the MIBAC Grand Tour D’Italie project by NOS Visual Art Production. With the project "Abito lo Spazio" she participated in "School in Tandem", a project of the educational department of Manifesta12, Palermo. Together with the French artist Sabatina Leccia she took part in the "Arts en Espace Public" Festival, organized by the Art - Exprime Association, developing a participatory project with the inhabitants of a building on the outskirts of Paris.
In 2020 she participated in the European project Magic Carpets, invited by the Italian partner Latitudo Art Project with the curatorship of Benedetta Carpi De Resmini and Giulia Pardini. The project involved for a few months a group of women from Trullo (a Roman neighborhood) in a workshop, a video and a performance. With a group of teenagers from a school in Lucca and with the collaboration of Daniele Spanò, she realized the project "The masks of the living for the dead", for "Della Morte e del Morire" a project by Tenuta dello Scompiglio. 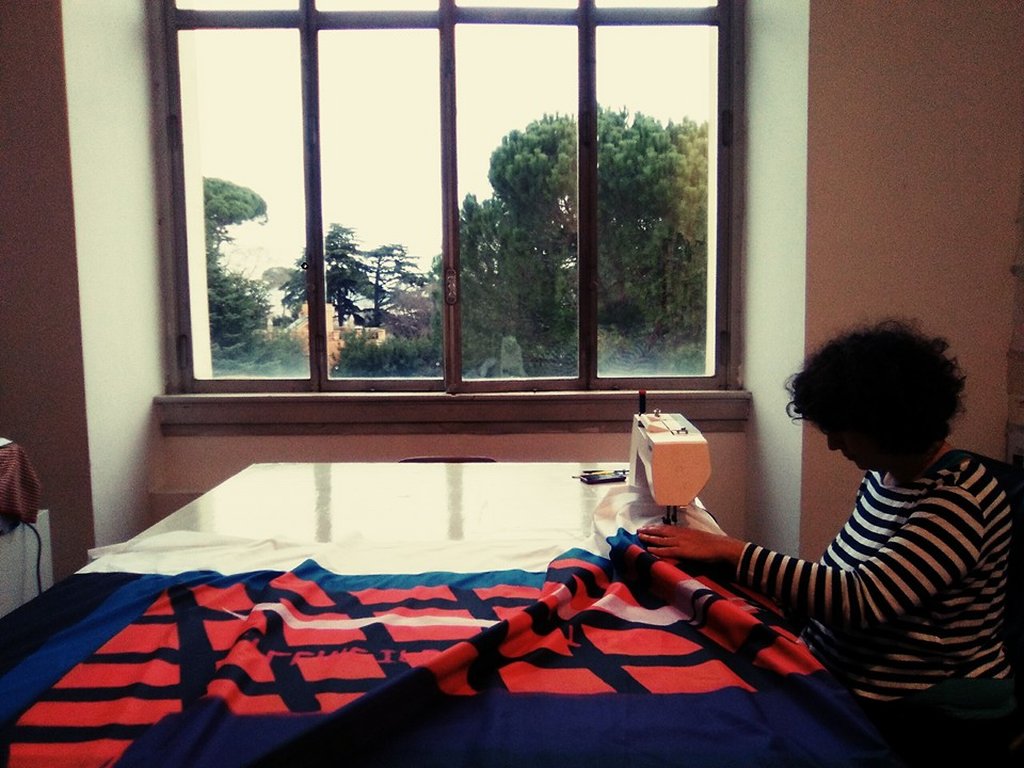