Emanuele Druid Napolitano was born in Rome in 1976. He lives and works in Rome.
He creates paintings, drawings, films and mixed media artworks. By rejecting an objective truth and global cultural narratives, his works never show a complete structure. By exaggerating certain formal aspects inherent to our contemporary society and mass media, Napolitano creates works that can be seen as social self-portraits. Sometimes they appear idiosyncratic and quirky, at other times, they seem typical by-products of superabundance and marketing.
His works question the coerciveness that is derived from the more profound meaning and the superficial aesthetic appearance of an image.
His work urges us to renegotiate painting and drawing as being part of a reactive or – at times – inert medium, commenting on oppressing themes in our contemporary society.
By examining the ambiguity and origination via retakes and variations, he creates with daily, recognizable elements, an unprecedented situation in which the viewer is confronted with the conditioning of his own perception and has to reconsider his biased position. 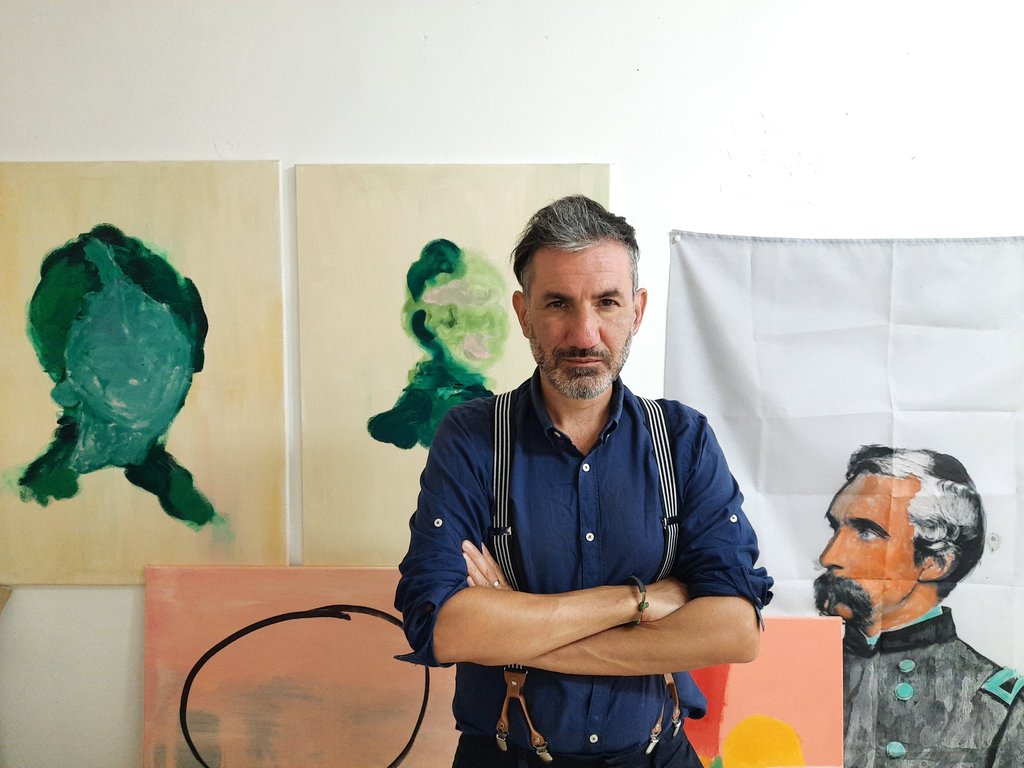