Chiara Passa, was born in Rome in 1973. She lives and works in Rome.
After graduating at the Fine Arts Academy of Rome, she achieved a Master in Audio-Visual Media at the Faculty of Modern Literature. She has been active in the field of media art since 1997. Her artistic research analyzes the differences between virtual spaces through multiple technologies and devices, exploited as creative tools and observation points from which to analyze space in its various facets, beyond the physical dimension. Virtual reality and augmented reality serve as an artistic medium by which the artist explores architecture, as an interface.
The artist uses VR and AR in order to understand their intrinsic language and to challenge the static conception of architecture, exploring the liminal duality between tangible and virtual place, and generating an unusual oscillation between spaces through art. Chiara Passa's work includes animations, net-art works, interactive and site-specific video installations, and AR / VR video-sculptures. Such sculptures are made with a wide range of materials, including Carrara marble, Plexiglas, 3D printed components, or even using the fresco technique. For the creation of site-specific video installations, the artist also uses Google cardboard and 3D viewers, through which viewers can glimpse, or immerse themselves in the reconstructed virtual spaces, characterized by geometric views and futuristic visions. These views, open at different angles – from 180°, to 220° 360° – thus highlight the paradox of the space-time condition in contemporary society, which today is diluted, configuring itself as a physical and liquid space at the same time. 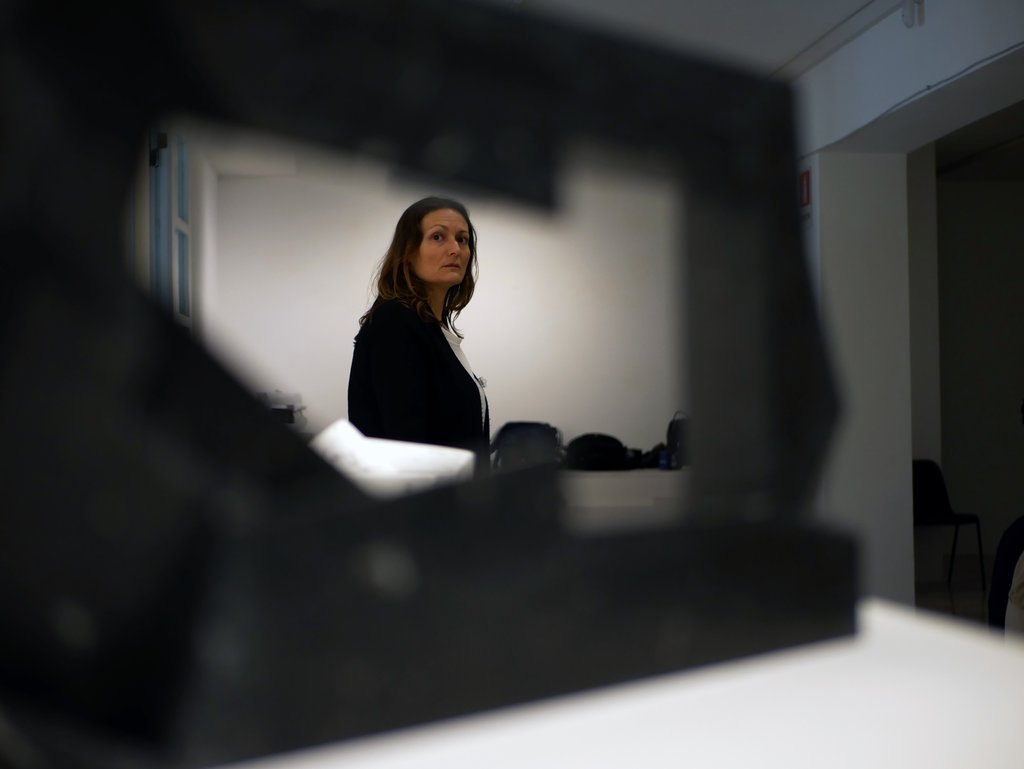